Frankston City will become a canvas for some of the world’s best street artists as The Big Picture Fest returns for its third year.

Artists will take their spray cans to the streets and laneways transforming large-scale walls into contemporary masterpieces right before your eyes. Vesod was born in Turin in 1981 and he lives and works in a Venaria Reale (TO). His artistic attitude has been fostered by his father Dovilio Brero, surrealistic painter, whose influence has an impact on Vesod since his youth: he has been therefore developing an interest in the graffiti world since the beginning of the 90s. Due to the artistic partnerships and contacts which Vesod has started in those teenager years, he has lately begun his professional path. He has been seeking for ten years a personal painting language in which the graffiti plays a central role, while dedicating time to his own cultural and academic education.

This idea of representing the three dimensions of space and the time one all in a single moment may bring to a loss of importance of the flow of time. Hence you can detach from a vision of the world or of the single person as entangled to the frame of time linked to the present, we live in. By concentrating on this aspect, a complete overview on the idea of a total embrace of things from birth to death could emerge from the works. It could be said that the artistic works, on a figurative basis, refer to “a God’s point of view”.

Maths, which is the subject he got his graduation in, has an important impact on his works along with renaissance art and futurism. This can be recognized in Vesod’s attempt to harmonize anatomic proportion and futuristic dynamics. Vesod creates a personal language in which time is considered as a concept, which by being closed into immaterial solid shapes, is crystallized into geometric shape in order to revisit the idea of the eternal present. PichiAvo is Juan Antonio Sánchez Santos (Pichi, b. 1977) and Álvaro Hernández Santaeulalia (Avo, b.1985), a duo of street artists from Valencia (Spain). Recognised for their skill at creating connections between painting and sculpture in urban settings, they adopt a thoroughly innovative approach in their artistic fusions. A balanced combination of classical art and the most contemporary urban art can be identified in their work. From the outset PichiAvo shunned artistic individuality, joining forces to create an absolutely unique body of work using a conceptually urban idiom, both in the street and in the studio.

They trained in Fine Art and in Design and met on the graffiti art scene in Valencia, forming the PichiAvo duo in 2007. From that moment they worked on developing joint projects, pursuing an unremitting search for a style of their own. To achieve this they went through various stages as painters, focusing initially on skill and technique until they reached the point of needing to express themselves through what most defines them today: graffiti and classical art. They work both outside and inside the studio, in painting, sculpture and installation, embracing a wide and versatile range of material and painterly approaches.

In 2015 PichiAvo produced their first large mural in the North West Walls Festival in Belgium, having been invited by fellow artist Arne Quinze. This work launched there international career. From then on, they have carried out projects at some of the leading venues in international urban art, such as Wynwood Walls (2015) and the Hard Rock Stadium (2016), both in Miami, and the Houston Bowery Wall in New York (2017), where theirs was the first painting intervention by European artists. In 2019 they created a monumental 26-metre-high sculpture for the Fallas festival in Valencia and held their first major exhibition in a public art centre. In April 2019 they executed the second largest mural in the world in the city of Porto, in collaboration with the celebrated Portuguese artist Vhils.

PichiAvo’s career has attained artistic recognition and popularity on an international scale, establishing them among the most prominent street artists on the current urban art scene. One of Melbourne’s finest graffiti writers and designers. Puzle was prolific in the 80’s and 90’s, his name has since become synonymous with Australian graffiti/ Design. Creator of the famous KINGS WAY, a book that many consider as the most concise record of the graffiti subculture in Melbourne. Based in Austin TX, Helena Martin’s vibrant murals can be seen throughout the US and abroad. Portraiture, flora, fauna and a clever use of colour are some of the signatures of her style.  Martin creates works for clients worldwide as well as teaching urban art workshops for children and adults alike. Andrew Frazer is a full-time, multidisciplinary artist from Gelorup, Western Australia. Influenced by common shared stories that remind us of our humanity, Andrew’s art draws upon our inner-child through subtle textures, whimsical characters & imaginative driven landscapes. From public murals, hand lettering, design & illustration, Andrew has been commissioned by various clients from around the world in commercial & private settings.

In extension to his own practise, Andrew is the Founder & Creative Director of Six Two Three Zero – an independent, Bunbury based initiative that seeks to use street art as a catalyst for urban development & social change by bringing communities together in conversation & creative inspiration. It is responsible for commissioning over 30+ large scale murals in Bunbury’s CBD, with expansion into Armadale’s CBD in 2017-2019. CLAP Meataxe Design was founded by Mark “Meataxe” Taylor. Inspired by the colourful artwork spanning the train lines he used to travel as a teenager, a love of spray can art was born. Mark took this love and channelled it into a Bachelor’s degree in Fine Arts from RMIT University and graduated in 1998.

Since making the move to full time artists, Mark and his crew of talented artist’s work now grace the inside and outside of some of the world’s most prominent and successful gym chains and other businesses. Their aim is to not only complete the work to their customers’ needs and satisfaction, but also to inspire those frequenting and working within the space in a way they’ve never been inspired before. Art has a way of reaching right into the soul of anyone who is near it – proven by the amount of international press and recognition that has come their way since their inception in 2011. Melissa Turner found that for her, painting was a language and was an effectual way for her to connect and communicate with the world. Melissa has also mastered the unique art of metal manipulation, engaging with a diverse range of materials to create stunning sculptures. With a strong desire to support those less fortunate, Melissa has donated many paintings to charities and fundraisers. She also helped initiate Street Art Solutions, as supported by Melbourne’s Murals. Melissa is an artistic expert who has the ability to turn any area into a fun, exciting and inspiring place.

Since developing a love and passion for art at a young age, Brigitte Dawson has proven herself to be a talented artist, painter and sculptor. After spending time in Italy, Brigitte drew on the inspiration from the culture and Michelangelo to focus on the delicate art surrounding the finesse of the human body. Completing her first mural in 1992, Brigitte has since completed murals all around Melbourne. Her artwork has been displayed in numerous exhibitions, proving her to be a well respected, highly talented member of the art community. ‘Silence’ is a self-taught aerosol artist with experience spanning 25 years. Raised in the suburbs of Frankston, Silence has experienced and been part of the evolution of Melbourne graffiti and street art culture for most of his life.

Silence is known for his clean, sharp, strong lines, his attention to detail and determination for perfection.

His work is abstract, contemporary, reflective and draws on nostalgia from the 80’s and 90’s. He enjoys experimenting with a dynamic combination of recycled materials such as pipes, rust and 3D objects to add texture, depth, and emphasis of a concept. Abbey Rich is a multidisciplinary artist working across canvas, walls and the body. Once at the helm of a fast growing fashion label and showing at VAMFF, Rich is now an exhibiting artist managing an impressive list of freelance contracts, painting murals for the likes of Monash University, Bailey Nelson and countless retail spaces, councils and festivals. She has been invited by organisations such as Vodafone and Radical Yes! to represent their brand in national campaigns. Rich’s work focuses primarily on the organic relationships we foster between each other and the natural world. Her work has been featured in publications such as i-D, VICE and Frankie magazine and exhibited in gallery spaces such as forty-five downstairs, No Vacancy Gallery and more. 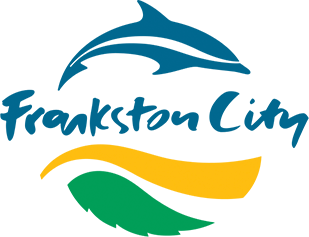 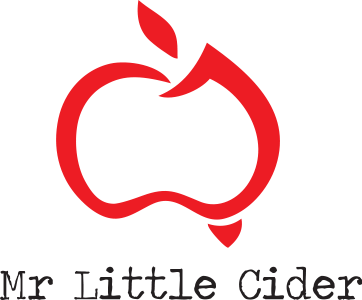 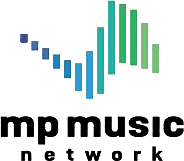